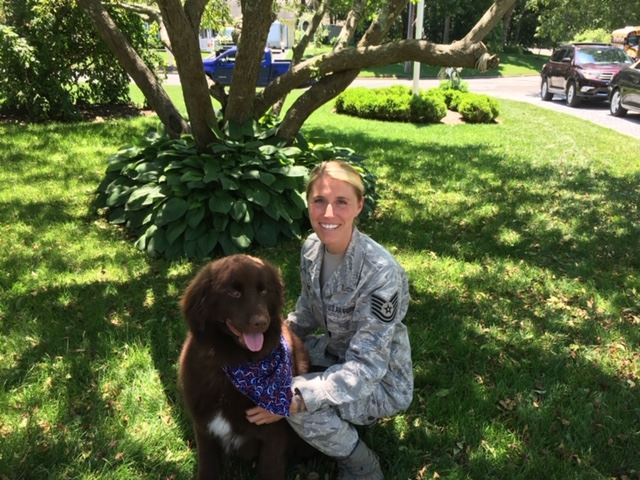 Meghan Erin Meade was a Technical Sergeant in the Air National Guard. She has been working for the Suffolk County Department of Social Services since April 2011 and is currently in the Medicaid Eligibility Unit as an Examiner I.

She joined the Air National Guard in March 2002 while in her senior year of high school and enlisted to become Security Forces. After graduation, she went to Lackland AFB in Texas for basic training and from there went to Security Forces Technical School. Upon completion of both trainings, she was awarded an Air Force Training Ribbon and National Defense Service Medal. She returned to the 106th Rescue Squadron in Westhampton and was assigned to work as Security Forces alongside the U.S. Army in upstate New York. After three months, Meade was awarded the Small Arms Expert Marksmanship Ribbon, Rifle, National Defense Service Medal and Global War on Terrorism Service Medal. She continued to work with the 106th in support of Operation Noble Eagle IAW 10 from February 2003 to April 2004 as Security Forces, as well as Honor Guard serving alongside the Army to honor Army Air Core veterans as they passed.

In addition to deployments, Meade was part of a rescue squadron where she was activated during hurricanes and natural disasters. She was to report for duty where security forces are required as an increased posture to aid with traffic, patrols or load aircraft with equipment and personnel to devastated areas in times of need. Under the GI Bill, she attended Suffolk County Community College and then Stony Brook University, where she has one more semester to complete a degree in nursing.