In 2020 the Suffolk County Legislature passed a resolution for the creation of an Advisory Board for the rehabilitation and revitalization of Coindre Hall, including saving the boathouse, securing the pier and repairing the damaged sea wall. The Committee is comprised of local volunteer citizens and stakeholders whose mission is to rehabilitate and beautify the entire property without altering the character or purpose of the Park.

There is no plan to involve a private developer in the restoration of Coindre Hall (main house). In fact, the main house has already been significantly restored and its use is at full capacity. 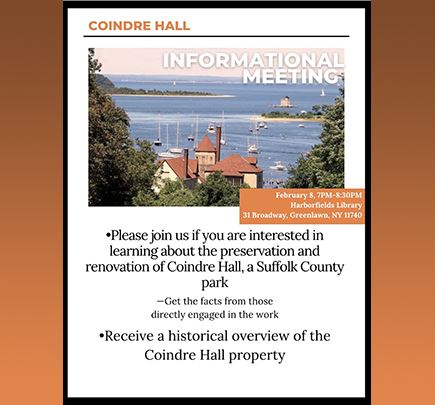