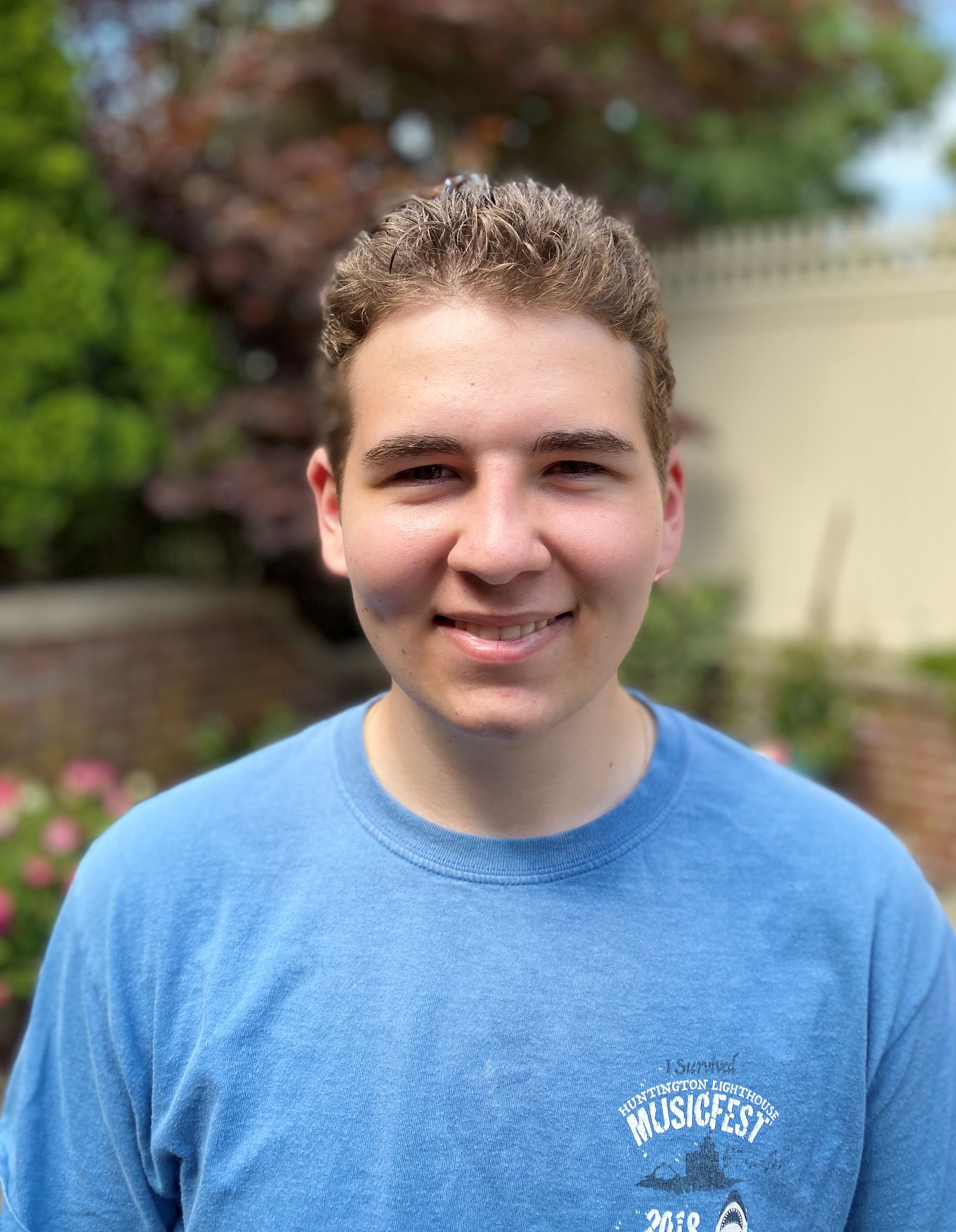 Richard Rongo, Jr. will be starting his senior year at Huntington High School in the fall of 2020.  Richard received the Bronze Medal Award. Richard is a stellar student in the classroom. He challenges himself in his academic studies by taking various AP classes.  He has earned 23 credits toward his college studies. That’s amazing.  His grades demonstrate his commitment to work hard in the classroom, as this will only benefit him for his success in the future. He is a member of the National Honor Society and the Latin Honor Society at Huntington High School. He also enjoys playing Tennis.

Richard is a well-rounded young man.  He has helped out his community by volunteering at bake sales with the Catholic Daughters of the Americas, Adopt-A-Family for Thanksgiving initiative with the Bay Club Cares project, St. Patrick’s Church in Huntington for the Interfaith Homeless Initiative and General Needs, Ltd where he built storage shelves, organized stage units and packed bags for distribution to homeless veteran and working with the Kiwanis Club of Huntington installing the Field of Honor, to name a few.  This truly shows that Richard takes pride in caring for others less fortunate then himself.  That’s a wonderful attribute to have.

Richard also completed the U.S. Coast Guard Auxiliary which involved taking a 10-hour class. He found it very rewarding. Richard is also a member of the Halesite Junior Firefighters and has participated in countless events.

One of the many personal development issues Richard was able to accomplish was trying new things such as the opportunity to do a shark dive, fly a small plane and learn to drive a boat.  He takes great pride in his work as a Tennis Shack attendant at the Head of the Bay Club where he has worked for 4 years.  He is punctual and a hard-working employee.  Due to COVID-19, many of Richard’s hopes and dreams such as planning a trip to Italy this summer with EF Tours to gain knowledge of other cultures, as well as learning in the classroom virtually.  However, Richard was able to overcome these obstacles and soar!