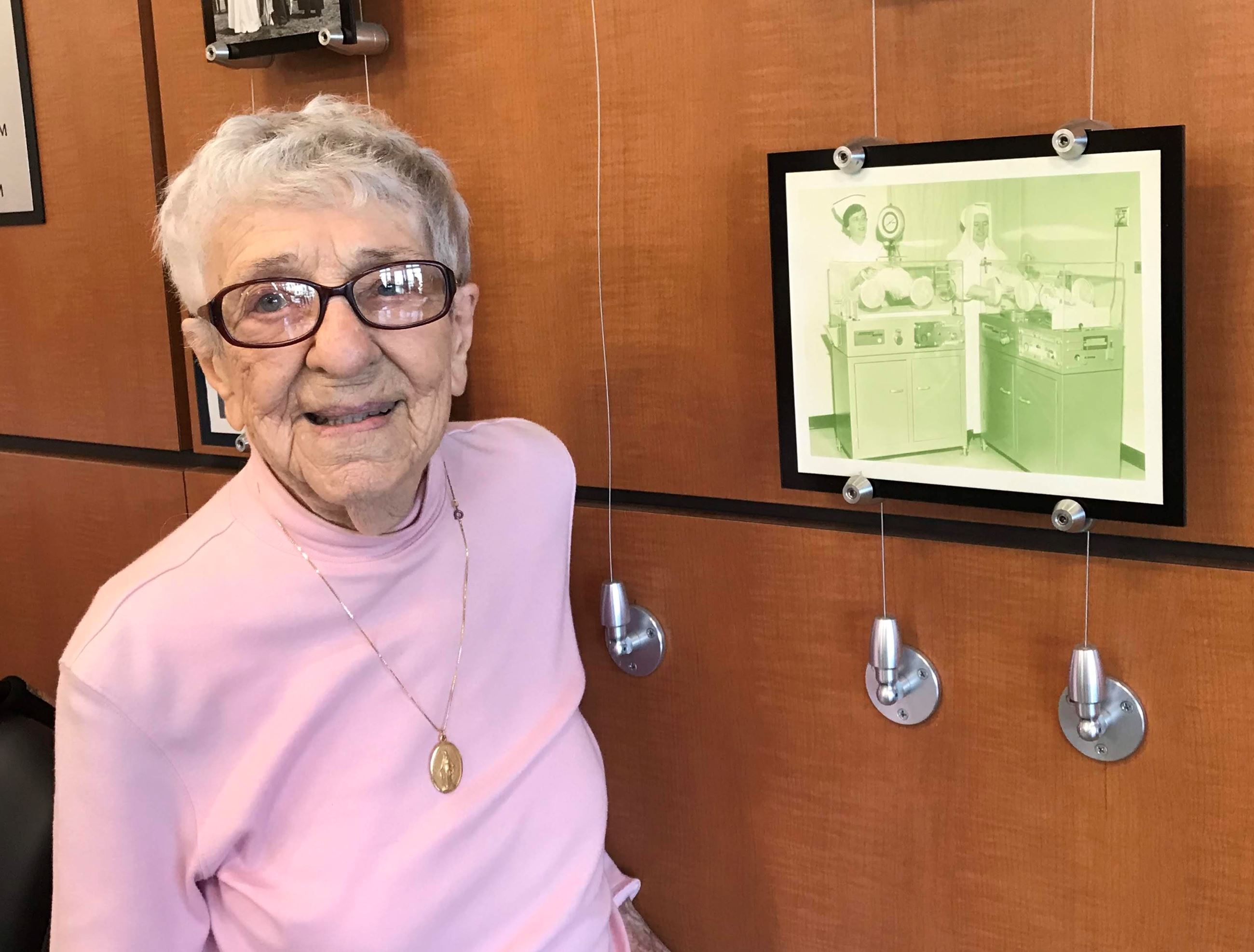 Estelle Kaczanowski, better known as Stel by her friends and family, she has had a long life (will turn 102 on August 9th) of dedication to both her country and career. From April/1945 to September 1947, Stel served her country during World War II earning the rank of Nurse – 1st Lieutenant and her bravery and dedication continued throughout her chosen career as a nurse. She was stationed at Fort Sills in Oklahoma and Fort Hood in Texas. “One day, all nurses were gathered and told they were going to go on a boat ride and that they should tell their families goodbye. The trip was canceled and Stel stayed stateside and safe until leaving the service,” stated her niece. “My Aunt tells this story often.”

In 1940, she was the first nurse hired at Southside Hospital in Bay Shore working in Labor and Delivery and one of the first nurses at Good Samaritan Hospital in West Islip in 1959 until retiring in 1981. She was in charge of the Maternity Unit.

She still lives in the West Islip house where she was born. Stel never married but have had a life of commitment to her career and family.