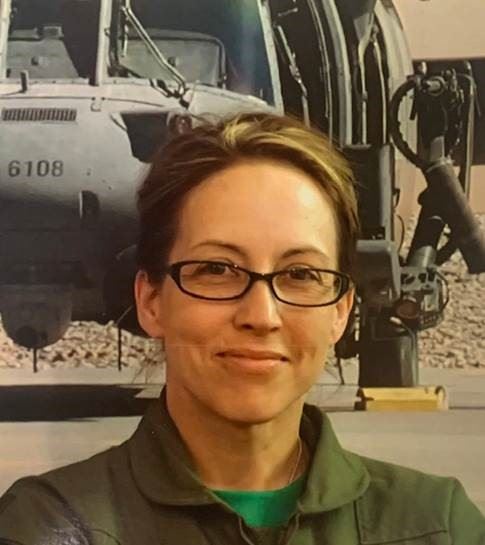 Major Phaedra “Phay” Musselman began her military career on January 31, 1997 when she enlisted in the Pennsylvania Air National Guard. Over the next 23 years, she received number of notable accolades, beginning with Basic Military Training where she was a Honor Graduate. She continued to excel during her technical training at the Air Force Tactical Maintenance School, by earning the Commander’s Award as the Top Graduate, making her the first female to ever receive this recognition.

She continued to break barriers by becoming the first female A-10 Thunderbolt II Crew Chief at the 111th Fighter Wing at the Willow Grove ARS in Willow Grove, PA.  While she enjoyed being an aircraft mechanic, she soon realized that instead of working on airplanes for the military, she wanted to fly them! Determined, she obtained her Undergraduate Degree while simultaneously acquiring her Private Pilot License all while being a Traditional Guardsman, deploying twice to Al Jaber, Kuwait in support of Operation Southern Watch.

Soon after graduating from Kutztown University, Major Musselman fortuitously procured a pilot slot within the Air Force. Graduating again with honors this time in Officer Candidate School, she continued her exemplary training record by achieving the Hard Charger Award during her attendance within Undergraduate Pilot Training. Starting out as fighter pilot flying fixed winged aircraft, she then pursued her rotary wing rating and obtained a slot as the first female Combat Search and Rescue helicopter pilot within the New York Air National Guard at the 106th Rescue Wing at Francis Gabreski Airfield, Westhampton Beach, NY.

In addition, due to her stateside support of Hurricanes Ike, Gustav, Harvey, and Maria; Major Musselman was awarded the Humanitarian Service Medal twice. After 23 years of honorable service and having become a mother to two daughters, Major Musselman retired from the Air National Guard on September 30th, 2020 becoming the first female aviator to ever retire from the 101st Rescue Squadron, as well as the Wing. She continues to follow her dreams to fly and serve the public as  Police Officer assigned to the Aviation Section of Special Patrol on the Suffolk County Police Department.