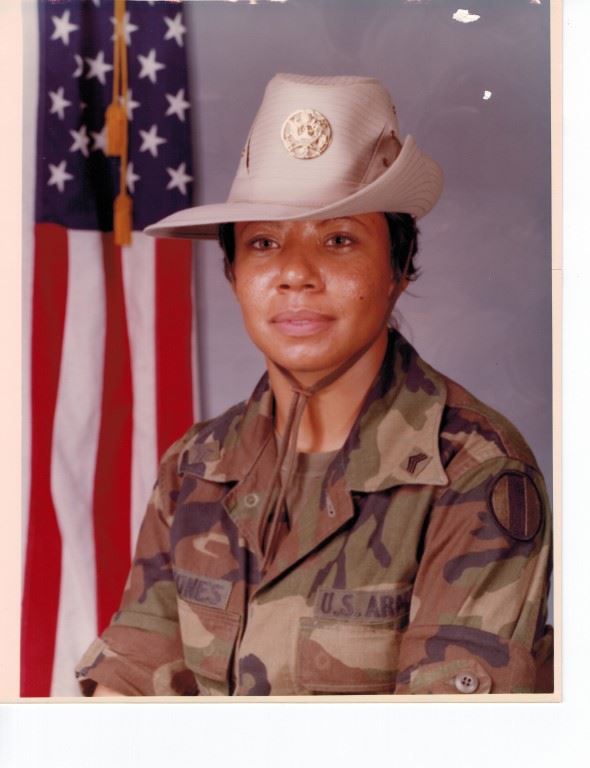 I am proud to be a Veteran of the US Army, but I am most proud to have been a member of the Women’s Army Corps (WAC).   We were unique to all branches of the Military.  We were all Women at the time serving our Country.  I enlisted in the Army from San Francisco, California, and attended WAC Basic Training at Fort McClellan, Alabama.  I have been stationed at Fort Ord, California, Presidio of San Francisco, and Fort Lewis, Washington.  One of my best assignments was as a Drill Sergeant at Fort McClellan, Alabama where I trained male and female soldiers.  After 4 years as a Drill Sergeant, I was assigned to Darmstadt, Germany, then Fort Eustis, Virginia, where I met my husband.  About 18 months later, we were off to Wuerzburg, Germany.   My last and final assignment was at the US Military Academy at West Point.

I learned a camaraderie like no other.  It was the best fellowship I had ever known, and I missed it.  I worked as a civilian court reporter for about 10 years working for an agency, tried my own court reporting business for about 5 years, taught court reporting, and took a job for Rocky Point Union Free School District as a Sr. Office Assistant just before the agency I worked for was sold.  There was camaraderie, but not quite the same as the military.

I am a Court Reporter, a Voice Writer, a Certified Pharmacy Tech, Certified Medical Transcriptionist, and now I am taking a break.  Now, I want to see all the splendor and beauty of the United States in a small RV with my dogs.

I love all animals.  My hobbies are bird watching, sewing, reading, and watching Hallmark movies.